Chapter 19 – The visit to Church

As planned Saturday evening Jason picked us up at 8:15 a.m. and we headed to Church. Joel wanted to come along, and I did not hesitate to ask Jason oh his behalf. The main worship, as Jason called it started at 9:00 a.m. or thereabout. We probably took about thirty minutes to get there. Jason escorted us to our seats and disappeared wishing us a wonderful experience. We sat in anticipation waiting for the service to begin. The service started with a welcome and a presentation of the morning’s activities. The young lady welcoming us was warm and jubilant. I admired her energy and zeal.

Her welcome transitioned into wonderful singing led by a small group of singers. I remember recognizing two of the girls who were part of the singing group at Jason’s birthday party. Joel and I soaked it all in. As song after song was sung, I noticed Jason walking unto the stage and to my surprise took hold of one of the mikes and began to sing. Joel and I instantly looked at each other. “Jason can sing. Damn!”, Joel blurted out as a whisper. “Shhhhhh” I whispered back. We are in Church!  After releasing a smirk, he settled down.

Jason sang beautifully, another wonderful discovery about my newest friend. The proceedings of the service flowed seamlessly. It felt as if everything was structured to arrive at a peak or a climax. The Speaker or Preacher was a young man, probably around Jason’s age. He spoke about meaningful living. I remembered thinking, I am quite intentional with my time and my activities and that I was o.k. But then the speaker said something that grabbed my attention.  “Many of us think we are doing well because we are measuring ourselves against society’s standard and not God’s standards.” He went on further to say, “Imagine all our good works are like filthy rags when God does not approve of them.” The statement resonated with me and I thought to myself, does God approve of my behaviour, or my good works?

I found my appetite growing for more discussions like those as I locked in all my attention to front stage. The Speaker was clear, lively and encouraged us to think. As he came to an end, he encouraged everyone to invest in a relationship with Jesus so that they can pursue a life with true meaning and purpose. Questions poured out of my heart, my mind and my soul. This was new territory for me and I suddenly began to feel afraid.

As we travelled back home we enjoyed listening to uplifting  gospel music. Jason thanked us for accepting his invitation and we teased him about hiding his singing talent from us. We said very little on our way home; my mind was loaded.  There was so much to figure out, so many questions. My emotions seemed to be mixed up and messed up; I felt overwhelmed not understanding what I was experiencing. I could hear Joel’s fingers tapping the screen on his phone as he kept himself amused playing some sort of game.

I glanced over at Jason quickly who was softly singing along as he drove. As I looked away, I remembered the dream. It was my “Love Dream”, that’s how I called it. I saw myself in Jason’s arms looking into his brown eyes…. wait a minute, I thought, what’s the colour of Jason’s eyes? I suddenly became curious  and  I wanted to find out if that aspect of the dream was also true. Sitting next to Jason this dream felt so weird. I forced myself to think about something else removing the discomfort that began to rise within my chest.

I began to feel anxious and desperate to finally have Jason to myself so we could talk. I needed to talk to someone about my experience and I needed to do it soon. I felt loaded with the desire to know more. Something was stirring within me that I couldn’t understand. I couldn’t believe that I dreamt a dream and later found out that the character in the dream was real. I replayed everything that happened that night; somehow this dream was changing my life.

With my face turned towards the window the cool breeze caressed my face. I anticipated the time when Jason and I would finally talk. “Is everything ok?” I heard Jason ask. I looked at him somber and deep in thought. “Not really!” I answered after a long sigh. “Could we chat later?” I quickly asked. “Sure, whenever you’re ready.” I am ready right now! I thought to myself. My heart was full, I wanted to just let it all out and for some reason Jason’s ears felt like a safe place.

Dad was on the front porch when we pulled into the driveway. As we came out of the vehicle and Jason greeted Dad, Dad asked “Could you stay for lunch?” Jason had a big grin on his face but appeared hesitant. “One minute,” he said. He then pulled out his phone and made a call. A few seconds later he told us he could stay.

Lunch was great! Once more, I was impressed with the handy work of Dad and my sister Rena. Jason appeared impressed as well and honoured to share our dining table experience.. The conversation was lively and interesting. Jason shared a lot about himself and his family. It was great to feel the connection around the table. Rena was at her best! It was clear that she was growing fond of Jason.

After eating I told Dad I would do the dishes; I thought it would be a great time to chat with Jason, providing he didn’t have to run off and my family gave us the privacy needed. At first it looked like only wishful thinking. The conversation migrated from the dining room to the kitchen with heated opinions being hurled around about who is the best NBA Team. Rena, although she hated sports, was an avid basketball fan. In fact, we all loved Basketball. The three main teams in our conversation were the Los Angeles Lakers, Miami Heat and Utah Jazz. The Lakers were an all-time favorite of our family.

Finally the battle of opinions ended and we were by ourselves in the kitchen. By this time most of the dishes were washed. Jason looked at me and said , “Do you want to talk now? I can spare another fifteen minutes.” “Sure! Maybe we can move to the living room.” No one was there and it seemed like the perfect place. On entering the living room, I felt a little nervous and I immediately pushed back the feeling saying to myself, nothing is going to hinder me from talking to Jason this afternoon, nothing!  I needed to exhale! I needed someone to know what I was experiencing.

Welcome!! Thanks for stopping by, I am Janel and I hope to inspire you today!! :)

This blog was born out of a simple passion to inspire others through written work and real life experiences, to live a fulfilling life, as God intended for us.

I write on topics that I am passionate about; they include marriage & family life, youth perspectives, personal growth & development, designing and creating.

Everything links to PURPOSE and meaningful living.

This Blog is nothing without you. Thank you for stopping by

Do you often feel the urge to write and you keep finding excuses for not doing it?

Select your topic of interest

You are inspired to treasure family awlays.

The Lovely Ocean at Fort Jeudy.

Show love through your actions today!

The challenge you face becomes a Canvas upon which Christ can demonstrate his finest work.

God sees me and he cares.

Sign up with your e-mail using the sign-up form on the right side bar of this page.  It's easy!

Be among the first to see new posts or receive the latest news about new Initiatives or Events. 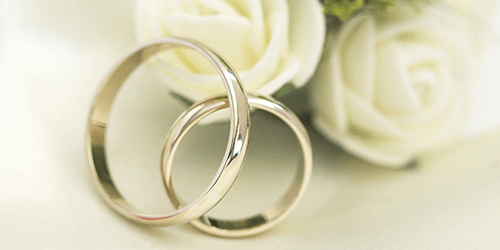 Success in Marriage doesn't just happen, it takes time, effort, sweat and tears, but it is possible!   Check out this article posted years ago!

Tips for a Successful Marriage! https://inspireothersonline.com/2017/10/22/tips-for-a-successful-marriage-2/